- The Universidad Nacional de Educacion a Distancia, the biggest university in Spain, has opened a virtual museum on freemasonry: Museo Virtual de Historia de la Masonería. The website offers an introduction into the history of freemasonry, as well as small virtual exhibitions and links to relevant collections. 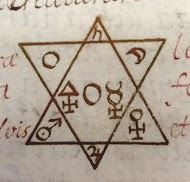 - The Bibliotheca Philosophica Hermetica (Amsterdam) is hosting the exhibition Alchemy on the Amstel - on Hermetic Medicine in the Golden Age of the Dutch Republic (15 October 2012 until 17 May 2013). In the 17th century many apothecaries not only sold medicins based on medicinal plants, but also alchemically produced medicins: the so-called Paracelsic iatrochemical remedies. More information can be found on the website.

- In 2013 the first freemasons' museum of Italy will be opened in Rome. A collection of  historical documents and objects from the Grand Lodge of Italy will be exhibited to the public. The development of the museum is the end result of the study and reorganisation of the archive of the Grand Lodge, a project which was first started in 2007.
Posted by Stichting OVN at 6:31 pm No comments: 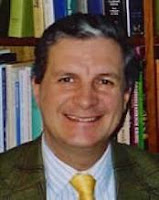 To our great regret the OVN has learned of the passing of professor Nicholas Goodrick-Clarke (1953-2012). He was the directeur of the Exeter Centre for the Study of Esotericism (Universiteit van Exeter). Goodrick-Clarke made important contributions to the field of study, such as his research into the relation between western esotericism and fascism. The field of study is mourning a prominent scholar and beloved teacher. A beautiful in memoriam by fellow researcher Christopher Mcintosh can be found on the website van de European Society for the Study of Western Esotericism (ESSWE), of which Goodrick-Clarke was a member.

Posted by Stichting OVN at 10:05 pm No comments: